He Says, She Says: Is it ok to go against your spouse in disciplining your kids?

This is a personal piece. My opinions are my own. I welcome comments but I reserve the right to delete any that are inappropriate. 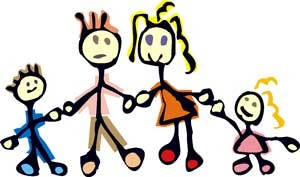 He Says, She Says:
Is it ok to go against your spouse in
disciplining your kids?
My husband and I were raised in totally different environments.
I was raised in Maine. My daddy was a Firefighter and my momma was a teacher, who retired when I was adopted. Yes, I was adopted. I am the youngest of 8. My parents were strict Christians and we
went to the Nazarene Church. I was spanked. I was grounded. I was a rebel!
My husband was raised in Connecticut. His Mom and Dad both worked. His dad was retired military. They are Catholic. His mom, a super great mother in law I have to say, immigrated from Portugal when she was a teen. They were not as strict, but they were strict in their own way. He was a free spirit that rebelled but never got caught.
So when it comes to discipline, we are almost always on a different path. He is ok with spanking, grounding and forcing them to do things. To be brutally honest, I think the younger ones are a bit scared of him. I on the other hand am a yeller and tend to threaten. I give up or cave easier than I should. And that causes friction between my husband and I. He tells me often that I need to be more strict and a lot less lenient. I tell him he needs to lighten up a bit and give them a bit of freedom.
For example:
This past summer one of our daughters was grounded almost the whole the summer vacation. One the next to last weekends of vacation., I let her go to her friends house for the night. I thought that since she had been kept home and "sequestered" almost all summer, she deserved a break before school started. Apparently, my husband disagreed with me and freaked out because I let her go. That was a time I wish to forget. 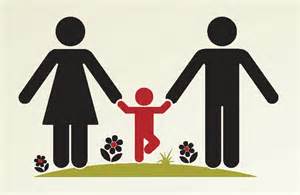 So we have compromised. I have toughened up, a little. He has loosened up, a little. But we both have very different views on whats ok. We do discuss it when the kids are not around. That is one thing we agree on. Never let the kids see you actively fight or disagree over a punishment. It gives them ammo!

So tell me, readers in your honest opinion,
Is it ok to go against your spouse in disciplining your kids?