6 Ways To Reduce Stress And Anxiety In Your Financial Life 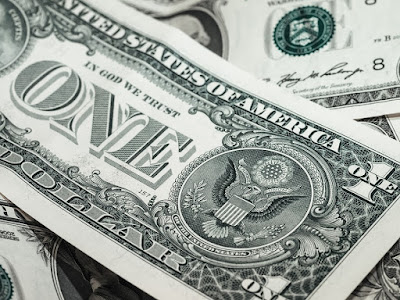 6 Ways To Reduce Stress And Anxiety
In Your Financial Life

Trading in your morning coffee run to Starbucks for the pot of coffee in the office is never fun, but when finances get tight that drive-thru stop might be one of the first things to go.
But do you really need to give up the little things in life that make you happy?
Al Zdenek (www.AlZdenek.com), the author of the book Master Your Cash Flow: The Key To Grow And Retain Wealth, doesn’t think so.

"It’s important to be able to hang onto those things you enjoy," says Zdenek, the president, CEO and founder of Traust Sollus Wealth Management. "You should be able to, just as long as you continue to make smart decisions on bigger issues that affect your future wealth."

There is a lot of financial stress and anxiety in the country. Zdenek says if you can eliminate financial stress from your life, your anxiety levels will go down. Here are some of the things he recommends to accomplish that:

The unknown is the biggest stress driver. There is a cash flow per month that would allow you to live the way you want now and in the future. This is something you should know.

Unfortunately, we have all made poor financial choices, some of which have been more costly than others. There is no need to continue this. There are ways to find solutions in everyday decisions that will allow you to start your cash flow going in the right direction.

Many types of debt can be good; such as real estate, investments and investing in your business. Make your debt decisions like a well-run company and create wealth.

Having a good financial plan is like having a good map and researching your trip ahead of time. You can wing your financial plan, but if you work less in life and get to your destination sooner, your life will be less stressful if you have a plan.

. The bad decisions you make could come back to haunt you decades down the road. Learn how to avoid costly decisions and always make the correct financial choices, 100 percent of the time.

People like to know when they don’t have to work anymore. A good advisor can set you up with a plan that will give you this option well before you reach retirement age.

"By consistently making the best financial decisions, people can find more cash flow to spend or save," Zdenek says. "That way they may achieve financial independence sooner, work less in life and have less anxiety and stress in their financial lives."

Al Zdenek (www.AlZdenek.com) is the president, CEO and founder (1982) of Traust Sollus Wealth Management, a boutique wealth management firm dedicated to empowering people to transform their lives and live the life they wish now and in the future. This is done by consistently making the best financial decisions. His book, Master Your Cash Flow, shows readers how to achieve the wealth they need and then find additional cash flow and, if saved, build wealth sooner, work less years or have more wealth to live the lifestyle they desire now and forever.
No comments:

Anyone who just inherited a deceased parent’s IRA or 401(k) could be about to commit a costly blunder.

You can take the money from that retirement account in one big lump sum, no matter how young you are, but that will trigger a tax bill – probably a hefty one.

"It’s tempting to take the lump sum, especially if it represents a huge windfall of cash for you," says wealth management advisor Rebecca Walser of Walser Wealth (www.walserwealth.com). "But you should be aware it’s also a windfall for the IRS."
Walser, a successful tax attorney and certified financial planner who specializes in working with high net worth clients, says this issue will become an even more common one in the coming years as the aging Baby Boomers die off, transferring their wealth to their Generation X and Millennial offspring.

Some have called it the greatest wealth transfer in history, as over the next few decades the Boomers are expected to leave about $30 trillion in assets to their children and grandchildren.

Part of that money is in tax-deferred retirement plans such as a traditional IRA or an employee-sponsored 401(k) that Baby Boomers have been contributing to for decades.
They didn’t have to pay taxes on the money they contributed to those plans until they started withdrawing the money in retirement. But just to ensure those taxes aren’t deferred forever, the government requires a minimum withdrawal each year once the account holder reaches age 70½.

The IRS also isn’t picky about who does the paying, Walser says. It’s fine with collecting the taxes from heirs if the retiree dies before spending all the money.

A spouse who inherits such an account falls under different rules, but Walser has advice for anyone else who finds themselves in this situation:

If you inherit an IRA, think about your need for these gifted funds. If there is no need for the funds for at least five years, consider repositioning them into a tax-advantaged vehicle over the next five years and save yourself thousands of dollars in taxes over your lifetime. "We always prepare an RMD analysis and find that paying the tax man over the next five years, while we still have the second lowest tax base in U.S. history, is much more appealing than deferring the tax and then being trapped into paying them in a rising tax rate climate," Walser says. Taxes must inevitably go up in the future, she says, because of our current federal debt of $20 Trillion combined with the concurrent retirement of the Boomers in mass.

The rules for a Roth IRA are different from the rules for a traditional IRA. Taxes were already paid on the money that was contributed to a Roth. If the Roth was funded more than five years before the person died, you won’t need to pay taxes when you take distributions.

You will face deadlines for when you have to make decisions (the IRS won’t remain patient forever), but there’s no need to be hasty and do something you’ll regret later, Walser says. If you don’t have a financial advisor, she says, it would be wise to find one who can help you figure out what the best tax strategy will be for your situation.

"Maybe you really do need the money, so taking the lump sum makes sense," Walser says. "But I think most people who do that are going to regret it later, especially if they just blow all the money right away and don’t have anything to show for their inheritance."
Rebecca Walser is a licensed tax attorney and certified financial planner who specializes in working with high net worth individuals, families and businesses at Walser Wealth (www.walserwealth.com). She earned her juris doctor degree from the University of Florida and her masters of law degree in taxation from New York University.
No comments:

What could go wrong?

Plenty, if you don’t have a plan for getting through the summer sober.

In Alcoholics Anonymous, we call the period from Thanksgiving through Christmas and New Year the "Bermuda Triangle" of sobriety—many alkies come in, but not all make it through.
If anything, summer is more dangerous for people in recovery, because there are so many social cues to drink.

What’s a recovering alkie or addict to do?

Here’s some kitchen-tested advice that gets passed along the Twelve Step meetings as holiday periods approach.
So there you have it—four ways to stay clean and sober through the often treacherous summer holiday season. Come Labor Day, you’ll be sober as a judge…instead of having to appear in front of one! 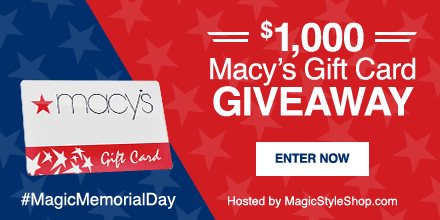 **“Warner Bros. Home Entertainment provided me with a free copy of the Blu-ray I reviewed in this Blog Post. The opinions I share are my own.”**

MAX 2: White House Hero
The All-New Original Movie Is Available on DVD, Blu-ray™ Combo Pack On May 23, 2017 & Digital HD Now.
Duty calls again, and our hero dog Max returns to action in "Max 2: White House Hero." His new assignment brings him to Washington, D.C. to serve on the U.S. president's Secret Service detail. When a foreign leader arrives with his precocious daughter Alex (Francesca Capaldi), tensions arise between both countries. First Son TJ (Zane Austin), along with Max and Alex, uncover a dangerous plot that puts both kids and both nations in jeopardy. A highly-sensitive mission will push Max’s specialized skills, intelligence and loyalty to the test. 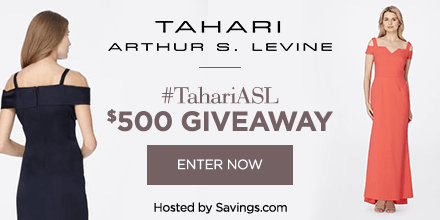