Things about Australia I Never Knew 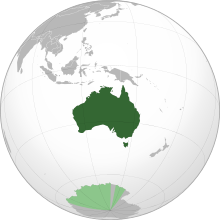 I have always been fascinated by Australia. When I was 12 my neighbors grandchildren from Australia visited her for the summer. Not only was he adorable but his accent had me falling in love!

I have wanted to travel there since but I became a US Homebody and never got the opportunity to go. Recently I have done some research and investigating on the vacation of my dreams and that makes me want to visit Australia even more now than I wanted when I was a kid.

Here are some of the things I have discovered:

If you visited one new beach in Australia every day, it could take you up to 27 years to see and visit them all. I could think of worse ways to spend 27 years! 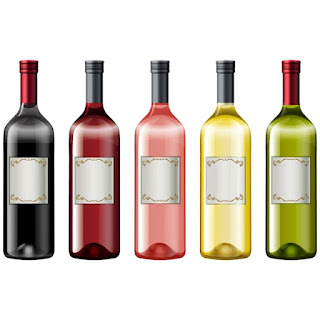 There are 60 designated wine regions in Australia. Your bound to find a wine you love with those type odds! 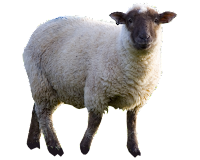 There have been no deaths in Australia from an icky spider bite since 1979. Which is good since I hate spiders! Australia does however have sharks, snakes and massive salt water crocodiles. And those have been known to have an impact on life expectancy in some instances. 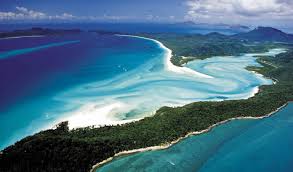 The world's largest sand island can be found in Australia - Fraser Island!

Australia has the world’s longest golf course measuring more than 850 miles long. I'm not a golf fan but if you want a vacation with your man and he loves golf, he can golf while you hit up one of those many gorgeous beaches!

The Great Barrier Reef is the planet’s largest living structure

Australia is the 6th largest country by size, a massive 2.9 million square miles. And even though its size is massive the population is only 22.6 million.

The Australian coat of arms features 2 endemic animals; an emu and a kangaroo. Both of which can only move forward, which is widely considered a symbol of progress and represents the notion that the country is never going backwards. 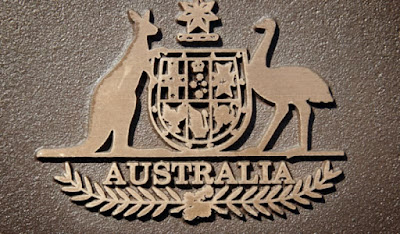 Most people are Protestant or Roman Catholic.

Kargoorlie, a remote town in the state of Western Australia is currently the worlds largest producer of gold.

Now you know more about the beautiful island!

Here is an interview with someone from Australia! He has served as Australia’s senior government official to the G20 economic summits and has represented the prime minister at the United Nations Framework Convention on Climate Change. His name is Andrew Charlton. Read the interview HERE.

You can read another wonderful article on Andrew Charlton HERE. This article was posted on Quarterly Essay, Australia's leading journal on politics, culture and debate.