Disclosure (in accordance with the FTC’s 16 CFR, Part 255: “Guides Concerning the Use of Endorsements and Testimonials in Advertising”): Many thanks to Propeller Consulting, LLC for providing this prize for the giveaway. Choice of winners and opinions are 100% my own and NOT influenced by monetary compensation. I did receive a sample of the product in exchange for this review and post.
Only one entrant per mailing address, per giveaway. If you have won a prize from our sponsor Propeller / FlyBy Promotions in the last 30 days, you are not eligible to win. If you have won the same prize on another blog, you are not eligible to win it again. Winner is subject to eligibility verification.” 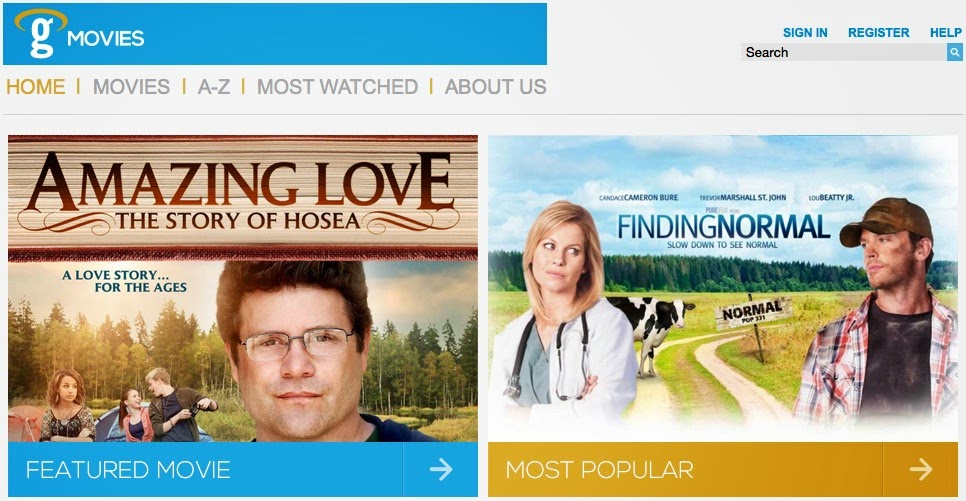 Join over 2 million people who are already enjoying gMovies on a monthly basis!
· Instant access to over 300 hundreds Christian movies and TV shows with new titles added monthly
· The whole family can enjoy a variety of entertainment including Adventure, Animation, Comedy, Drama, Documentaries, Thrillers and more
· Stream from iPad, Android, or your PC
· Only $4.99/month
· No contract; cancel anytime
· Powered by UP, American’s favorite TV network for uplifting entertainment

gMovies is operated by UP, America’s favorite television channel for uplifting music and family entertainment, so rest assured that you are being offered the very best in faith conscious entertainment. The Parents Television Council™ has twice awarded its Entertainment Seal of Approval™ to UP for being “an authentic family-friendly cable network.” UP is the only television network to be so honored.

Here is a special offer for my readers! FYI: The video player on the gMovies website is Adobe Flash Player based. You will just want to ensure that the web browser you are using to access is able to run the latest version of Adobe Flash Player. Also, to maintain the highest quality stream, please ensure your internet download speed is at least 3.0 Mbps.

I love this site! I love faith and christian based movies. Im a huge fan of the Left Behind Series, NOT the recent one with Nick Cage though. That was kinda bad!

They even have movies that I have never heard of, but I will be watching! They have movies for younger kids and teens as well.

They are not as big as Netflix, but maybe one day they will be. Right now, I think this is one of the best sites for religious movies.

One lucky reader will win a 6 Month Subscription to gMovies! Use the easy entry below to enter!
a Rafflecopter giveaway