Confessions of A Prodigal Son: A movie you didnt think you wanted to see but are glad you did!

What story is your life telling?
I was allowed a special screening, and offered monetary compensation, of the movie Confessions of a Prodigal Son in exchange for my honest review. My opinions are my own and have not been influenced in any way. 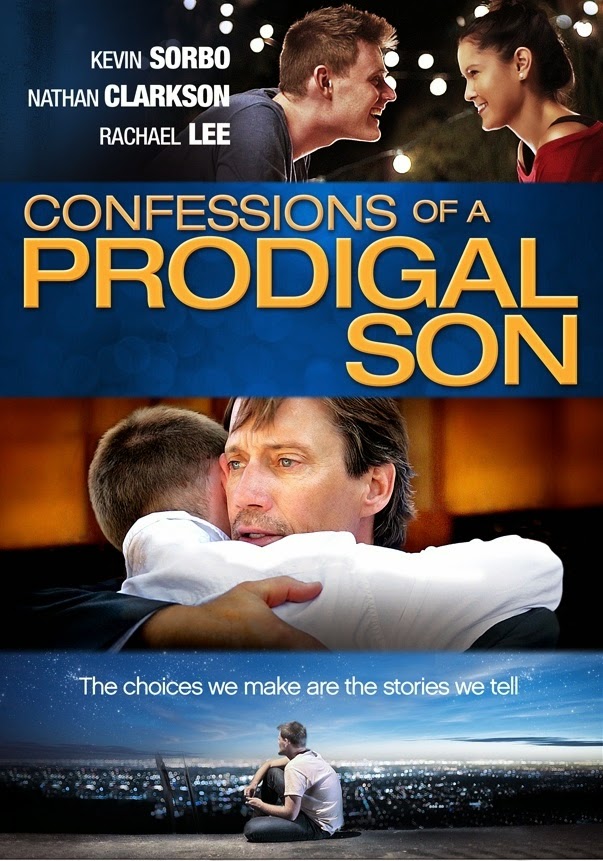 Confessions of a Prodigal Son is a modern-day retelling of the Prodigal Son story that Jesus famously told.
See the full trailer HERE on YouTube
This will be released on DVD on March 24, 2015 and will be available at stores such as WalMart.
It is a coming-of-age tale following Sean (Nathan Clarkson) as he rebels and leaves his home, family and father (Kevin Sorbo formerly known as Hercules) to figure out life on his own. Two years later--while still on the journey to find life's answers--Sean suddenly finds himself questioning everything he thought he knew as he is confronted by a professor (Darwin Harris) who challenges Sean to see his life as a story; a best friend (Azel James) walking a dangerous path; and a strong and beautiful young woman (Rachael Lee) who is on her own journey to answers. Each one of these elements causes Sean to greater examine the choices he is making.
The story is one of drama, laughter, relationships, faith, and redemption, ultimately asking the question "Can broken stories have happy endings?"

One quote from the movie that really stuck with me was this:

**The day we recognize our life is a story, we begin to hear all these voices for the first time. Each one calling out to us telling us the different stories we could tell and the different characters we could become. I think one of the hardest choices is to decide which ones to listen to.**
I can fully appreciate both sides of the characters in this movie. Hearing the story straight out of the Bible growing up I always kinda scoffed at the meaning. As a woman in her early 20's I started to understand the meaning. I was almost like the main character. Stubborn, defiant and thinking I knew it all. Thank god my parents were there for me when reality hit and I needed them. Now as a parent, I can feel the love that I know my parents had for me when I look at my own children. No matter what they do could make me love them less.
Visit the Facebook page.

While the movie has it slow parts, and it did throw me on a few flash backs, it did move along as the story should and kept my interest. The characters were believable and you could feel the emotions as they passed through the screen.

I will be adding this to my DVD collection.