I was allowed a sneak peek at this film in exchange for my review. All my opinions are my own and no other compensation was given.

FOUR GOSPELS. FOUR FILMS. ONE JESUS STORY. FOR EVERYONE. 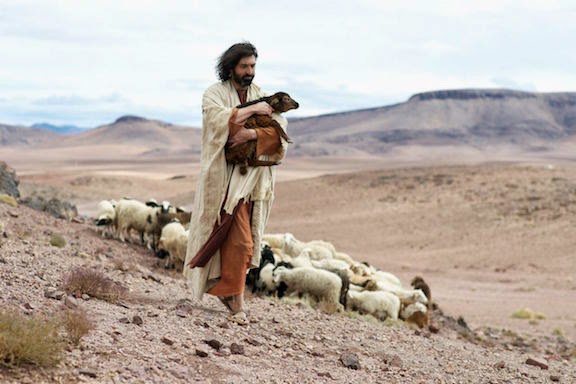 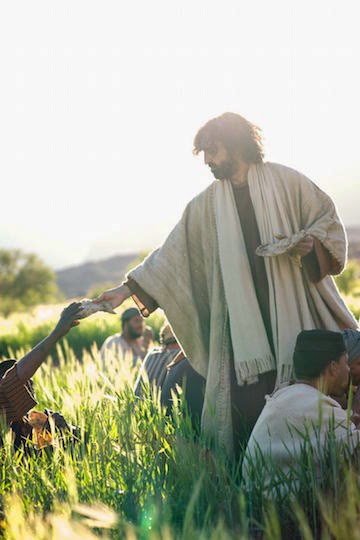 THE GOSPEL OF JOHN
The Gospel of John takes the story of Jesus from John’s gospel with its own unique characteristics. For John, Jesus is the Word of God made human. John is clear that that when encounter Jesus, we encounter God.  The gospel writer points to the miracles (the ‘Signs’) and teachings as evidence of Jesus’ special relationship as the divine Son of God.
This full-length feature film about the life of Jesus takes the actual Gospel text as its script, word for word, unedited. Five years in the making, this epic production has been  critically acclaimed by leading religious scholars as a unique and highly authentic telling of the Jesus story. Narrated by leading British actor David Harewood (‘Homeland’, ‘Blood Diamond’, ‘Merchant of Venice’) it is based on the latest theological, historical and archaeological research. With specially constructed sets and the extraordinarily authentic villages and countryside of rural Morocco, it immerses the viewer in the world of first century Palestine.


Visit on Twitter
Visit on Instagram
Visit on Facebook
I will admit, the fact that this is 10 hours long made me pause a bit! But as it was going on I was drawn in by the scenery and the actor portrayals. I felt as if I was watching it first hand at times. I have always been a fan of John the Baptist and I loved his portrayal. Before I knew it I realized I had watched almost 1.5 hours of the film! Any film that keeps me that entertained, is a good film!