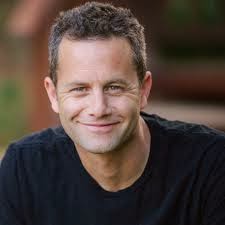 "Join me, and my family, and together let’s put Christ back into Christmas. We’ll dive head first into all of the joy, the dancing, the celebration, the feasting, the imagination and traditions that glorify the true reason for the season.” - Kirk Cameron 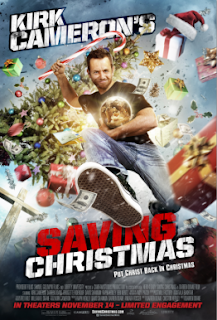 This Christmas, have your family join with Kirk Cameron's family and dive headfirst into all the dancing, celebration, feasting, imagination, and traditions that glorify the true "reason for the season." KIRK CAMERON'S SAVING CHRISTMAS provides a biblical basis for our celebrations, and the inspiration to stand strongly against a culture that wants to trivialize and eliminate the faith elements of this holy season. So take in the splendor; take in the majesty; take in the story. Take it all in... and let's put Christ back in Christmas! KIRK CAMERON'S SAVING CHRISTMAS, in theaters beginning November 14. But you gotta be quick! Its only in theaters for 2 weeks!

I was so blessed to be able to watch this movie before its release! This is definitely not your average/normal Christmas movie. I personally think it is so much better than all the other overly sappy movies.
I loved his opening to this movie! The down to Earth, talk straight at the audience was new and fresh.

Did you ever wonder how Santa played into Christmas? Did you know that the real "Santa" was  a defender of the faith? Well he was! Don't you know it! The whole Santa parallel I didn't get until I saw this movie. The comparison with historical facts just made it better. 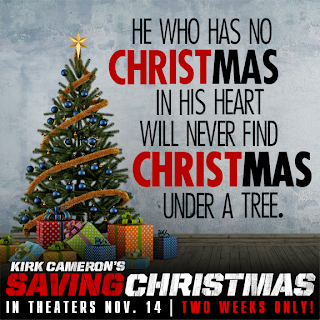 The comparison to his birth and death was amazing! From the swaddling to the caves it all fits.

The comparisons of Christianity and Paganism actually made a lot of sense. The tree isn't a pagan symbol at all. It has its base in Christianity!


Even the end of movie bloopers are hilarious!

Saving Christmas is out in theaters on Nov 14, 2014.
But you have gotta see it quick as its only in theaters for 2 weeks!!